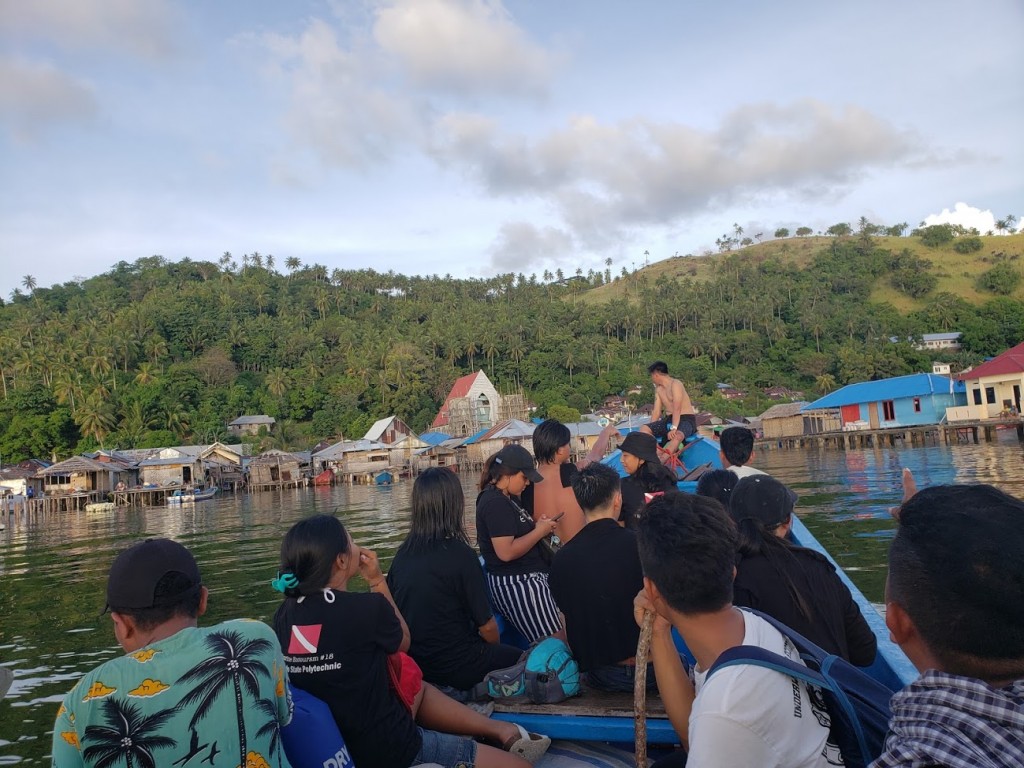 Ronald (Ron) Betzig, a Fulbright US Scholar focusing on the teaching of entrepreneurship at Politeknik Negeri Manado, was overwhelmed by the kindness and respect shown to him by practically every person he met in Indonesia.  As an illustration, one morning Ron was being driven to teach ecotourism students at Politeknik Negeri Manado’s “Campus B” on North Sulawesi’s north shore, about an hour’s travel time from the main campus. On that day there was a funeral service blocking a narrow street about two kilometers from Campus B, and the driver did not know another route. 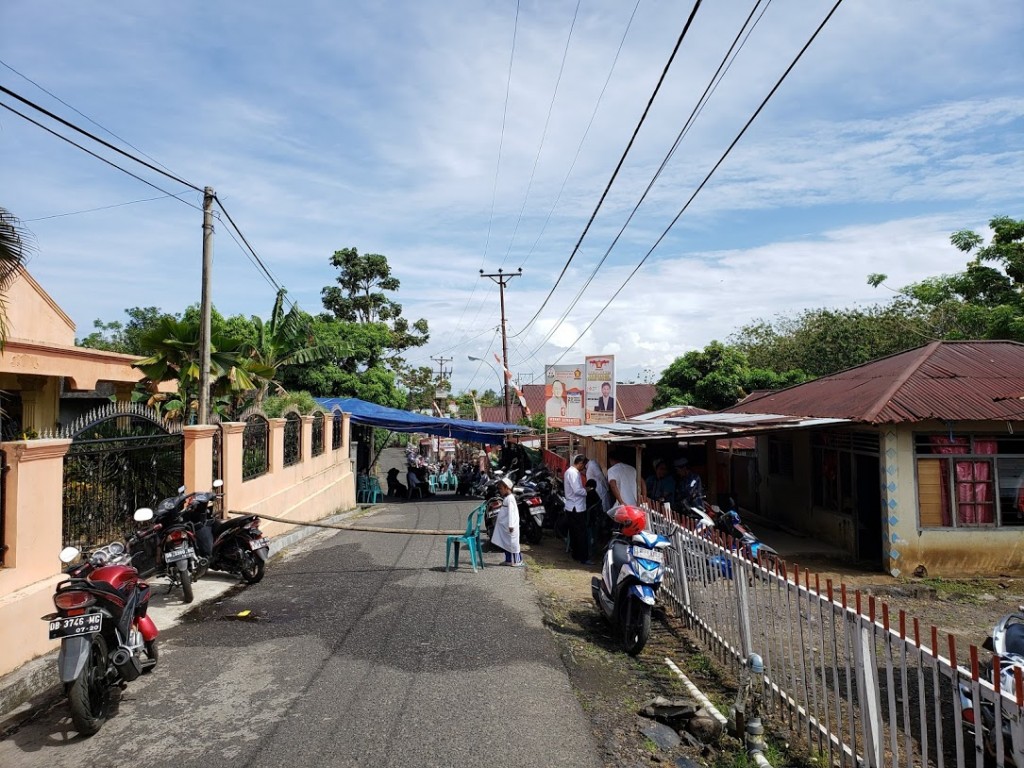 The staff at “Campus B” was notified about the delay, and immediately one of the ecotourism students—Satriya—drove his motorbike to pick up Ron, arriving with a smile and politely asking Ron to hop on the back. Class began a few minutes later. 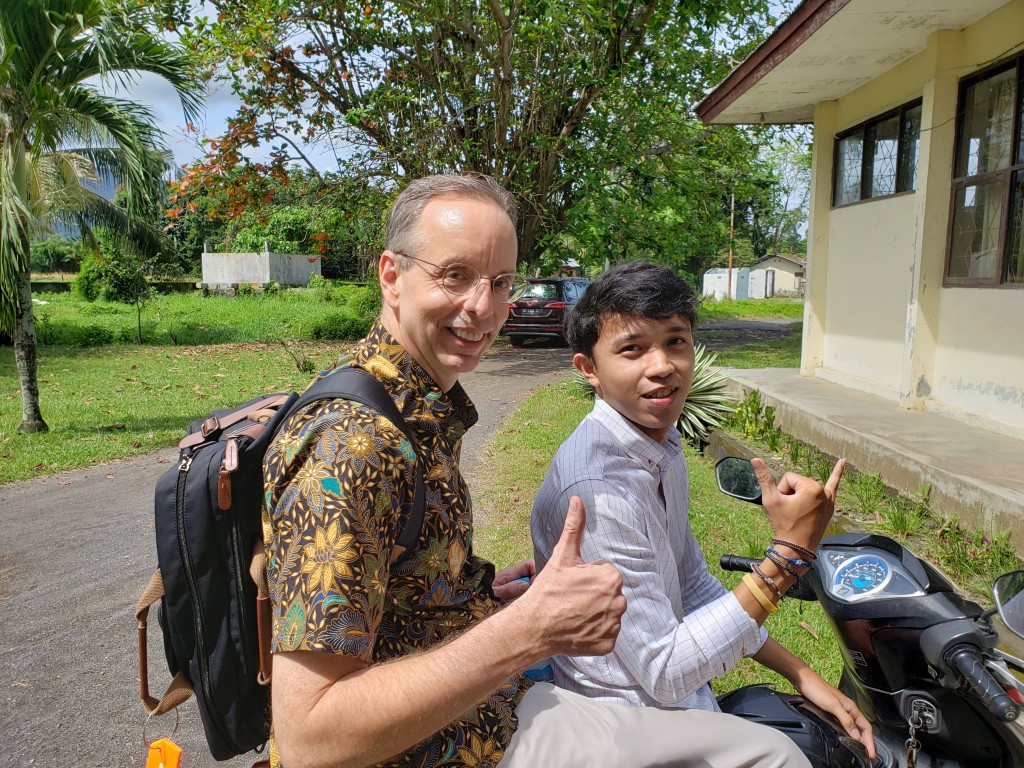 Tourism, especially ecotourism, is growing in Manado.  The ecotourism students at Politeknik Negeri Manado were highly engaged during the entrepreneurship classes, and they frequently encouraged Ron to come snorkeling with them to experience the beautiful coral reefs surrounding the nearby islands.  In mid-May of 2019 that opportunity came; Ron joined about fifteen students and Ibu Debby, an ecotourism instructor, on a small boat heading to Nain Island for a seminar on developing tourism in the region. And yes, for a bit of snorkeling along the way! 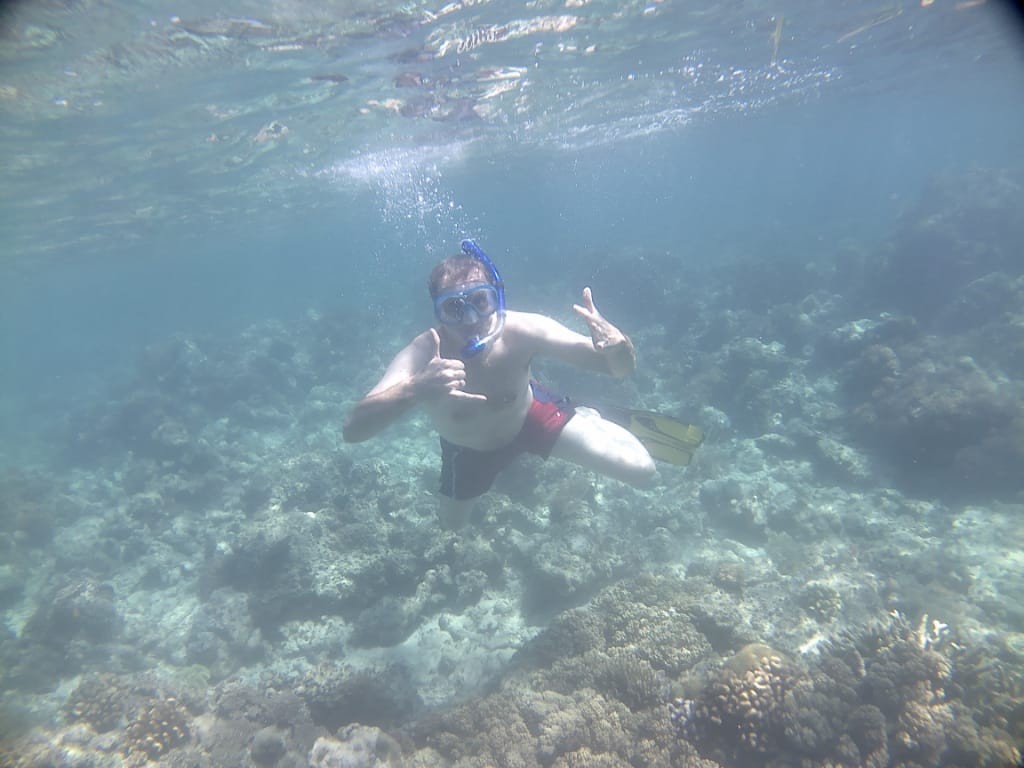 The Mayor of Nain Island warmly greeted the group, and the residents of the island provided an extravagant lunch of freshly caught fish and vegetables.  Many of the residents also attended the seminar, and after the formal presentations Ron had a positive discussion with the mayor, brainstorming ideas for making Nain Island a more sought-after destination for tourists. 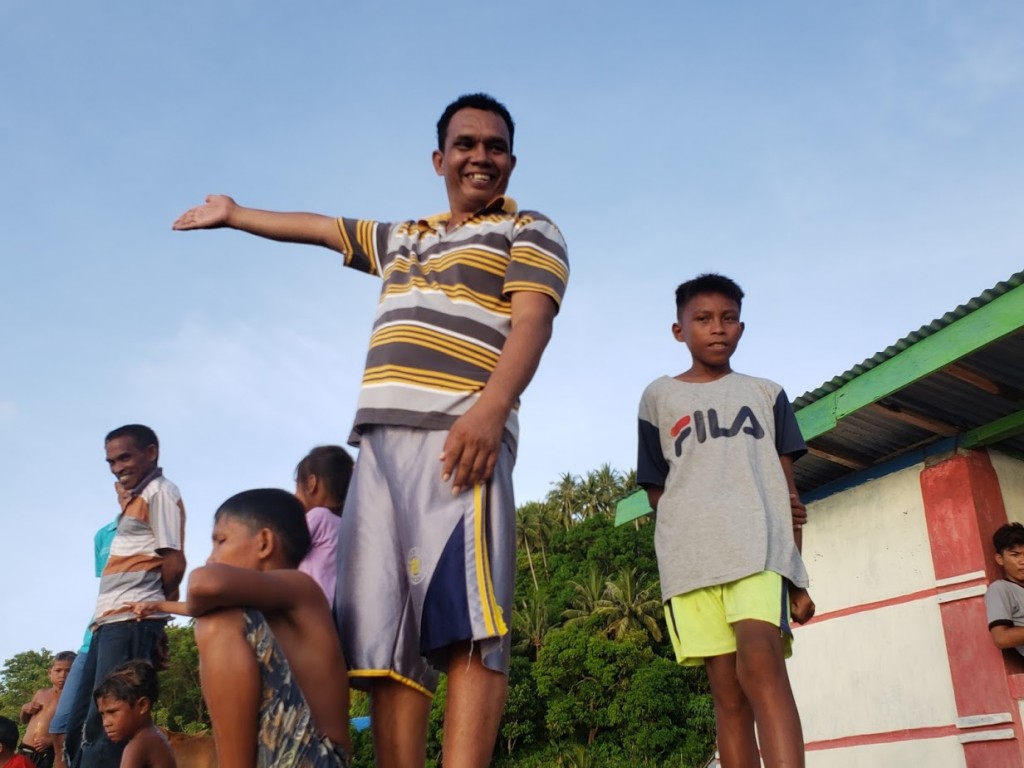