Intan Paramaditha, a Fulbright alumna, is one of the seven Indonesian female authors. She was awarded Fulbright Master’s Degree scholarship in 2005 to study English literature at the University of California, San Diego.

This article originally appeared in Culture Trip on March 5, 2019 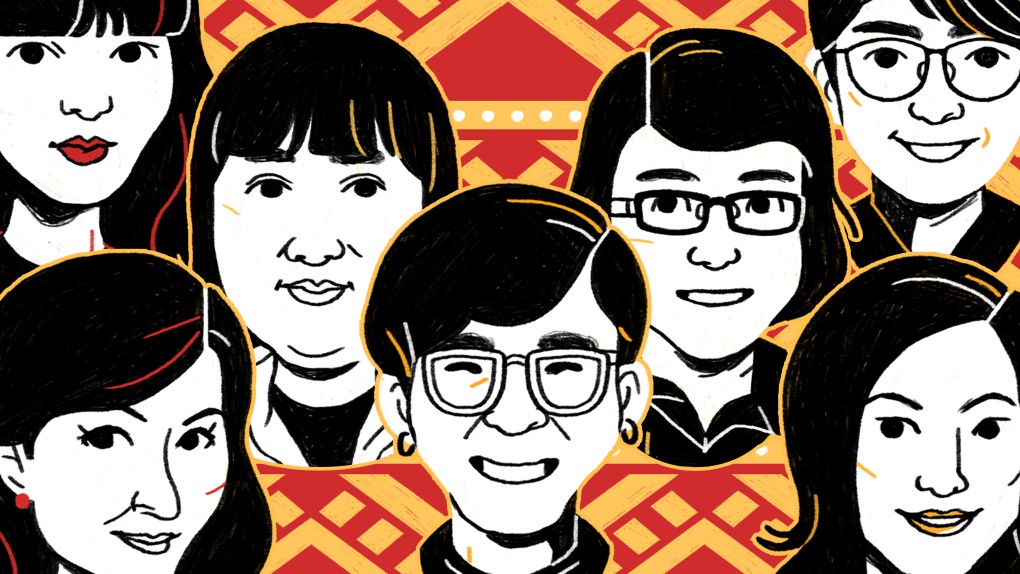 London is bracing itself for a cultural takeover, with Indonesian literature set to be centre stage at the 2019 London Book Fair. Culture Trip highlights the seven female authors who – alongside a series of literary, gastronomic and cultural events – will be showcasing all that Indonesian culture has to offer.

Seven out of the 12 writers on Indonesia’s cultural programme at the 2019 London Book Fair in March are women. Among them are award-winning novelists, political commentators, children’s authors, screenwriters and musicians, highlighting the variety of voices shaping the country’s literature. To celebrate the coinciding of International Women’s Day with the book fair, Culture Trip asked each writer about her favourite childhood reads, literary inspirations and writerly heroes. 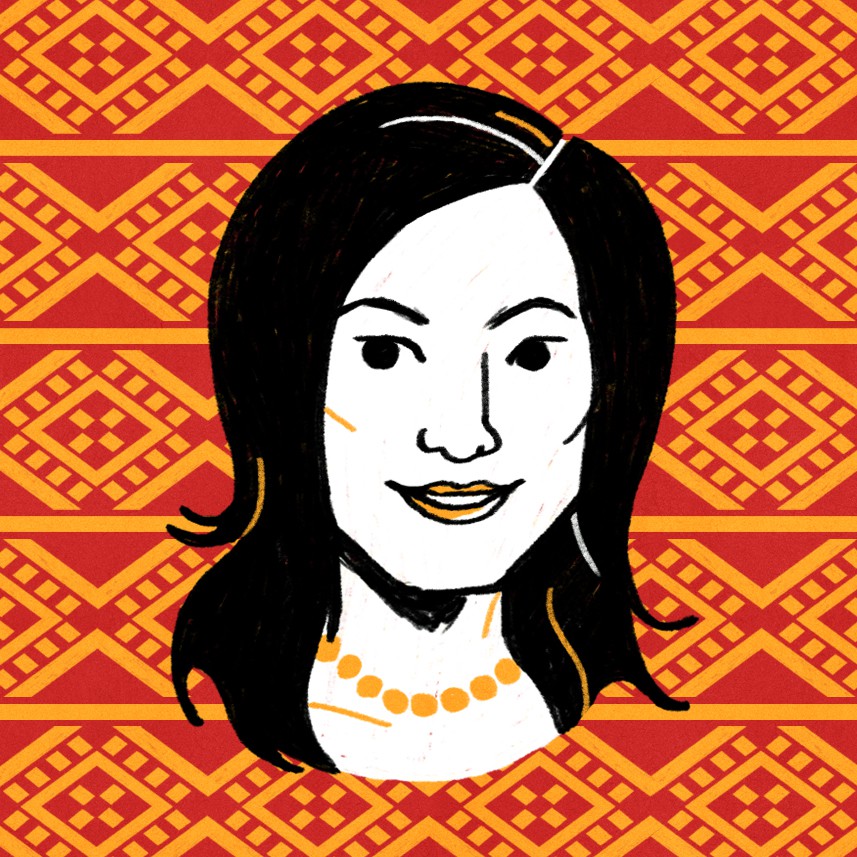 A former singer-songwriter turned acclaimed novelist, Dee Lestari is twice winner of Indonesia’s Book of the Year Award. Her books Supernova and Paper Boats have both been translated into English.

The first book I fell in love with: “Charlotte’s Web by EB White. I was in awe of how the story was so neatly structured. Of course, at that time I didn’t know anything about story structure. But I could already appreciate how the characters were designed in such ways that they all were interesting – even the less likeable ones.”

The author who influenced my writing: “I think I took a little bit of this and that from a lot of authors. I love writing series, and I think it was influenced by serial books I read when I was a child, like Enid Blyton’s books, and shōjomanga from authors such as Yōko Shōji and Suzue Miuchi.”

The author (dead or alive) I’d most like to meet: “I would love to meet Yuval Noah Harari over coffee, to pick his brain. I also wish I could meet Suzue Miuchi who wrote The Glass Mask. I read The Glass Mask when I was in high school in the ’90s. Now an author myself, I feel it’s very devastating to the readers to leave your story unfinished like that. I’d like to offer her some help to finish The Glass Mask in any way I can.” 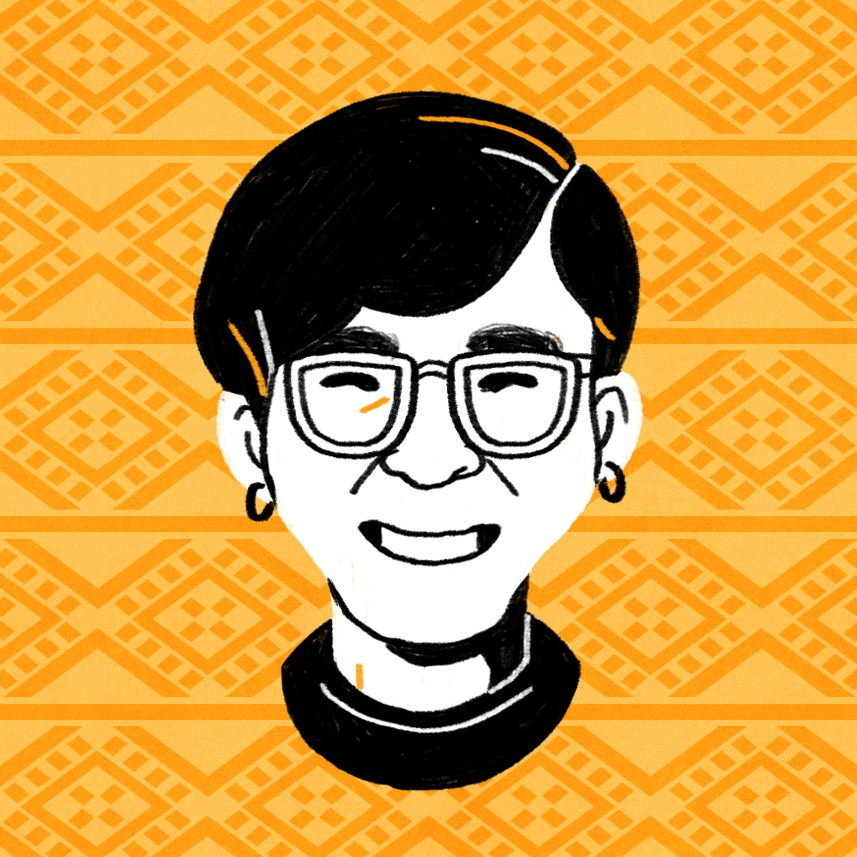 Author, journalist and musician Reda Gaudiamo writes short stories and novels for young adults and has two books coming out with UK-based Emma Press in 2019.

The author who influenced my writing: “I cannot pick one. I love how William Saroyan wrote his stories, as well as Ivan Turgenev. But I also love the characters in René Goscinny’s stories.”

The author (dead or alive) I’d most like to meet: “René Goscinny.” 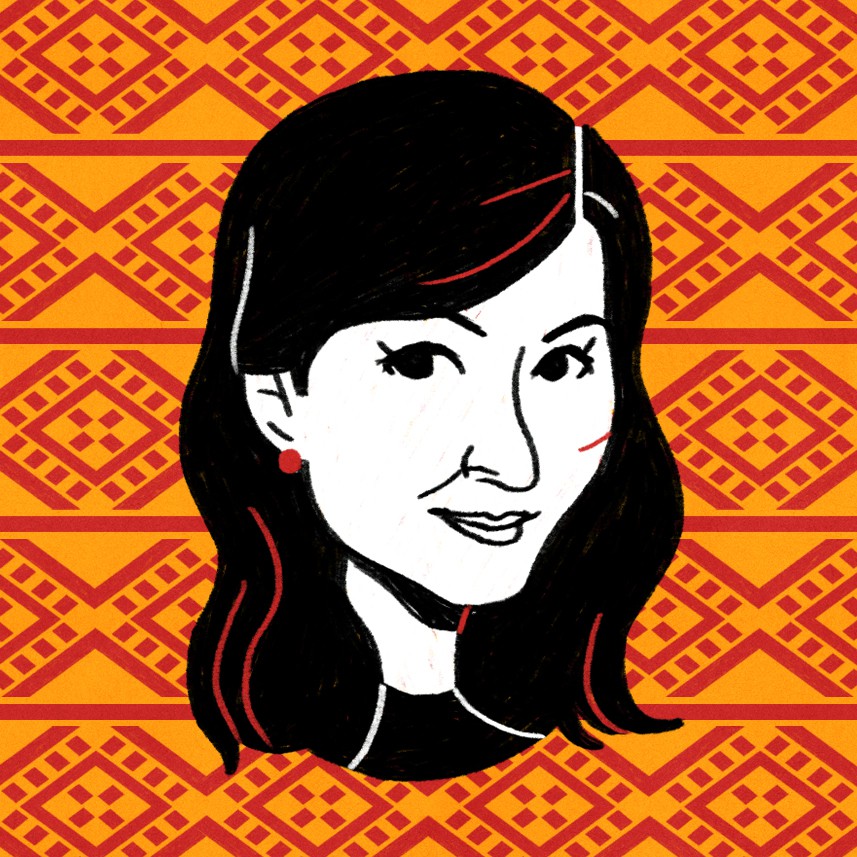 Laksmi Pamuntjak has written for The Guardian, The Jakarta Post and Frankfurter Allgemeine Zeitung on Indonesian culture and politics. Her book The Fall Baby will be published by Penguin Random House in English in autumn 2019.

The first book I fell in love with: “Winnie the Pooh and The House at Pooh Corner. I was nine or 10, and I read one after the other so I can’t separate the two. I always think of them as the perfect books. The characters, what they taught us about loyalty, love and friendship. There’s wit, tenderness, lightness of touch and moral clarity. And it’s funny as hell. Later, in my teens, I fell in love with The Human Condition by William Saroyan, and Jane Eyre.”

The author who influenced my writing: “I have gone through many phases in my life – of inhabiting the world of one writer for a long time and allowing it to inform my writing. But if there is one, it’s Henry James. With James, there are these elegant ambiguities, a certain surrender in the desire for the inferred. Almost all the women in my fiction and poetry, like James’s heroines, are aware of their flaws and of the sacrifices they make in the name of love but possess a certainty that allows them to move regardless, and take steps men cannot – will not.”

The author (dead or alive) I’d most like to meet: “Susan Sontag. So passionate, so erudite, so endlessly curious. Reading her is to constantly be seeking new ways of seeing while remaining loyal to classical values such as truth and beauty.” 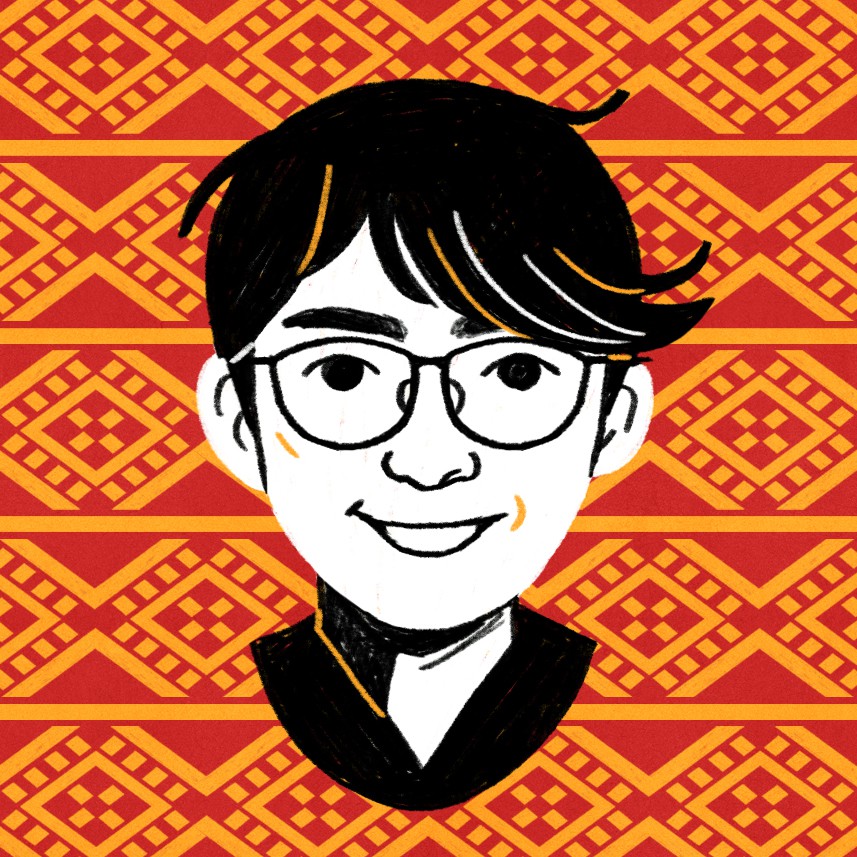 Born and raised in Jakarta, Sheila Rooswitha Putri writes stories that explore everyday life in the Indonesian capital. Her debut collection, The Story of Lala, was published in 2008.

The first book I fell in love with: “TKKG or STOP by Stefan Wolf.”

The author who influenced my writing: “Matt Groening and Will Eisner.”

The author (dead or alive) I’d most like to meet: “Posy Simmonds and HP Lovecraft.” 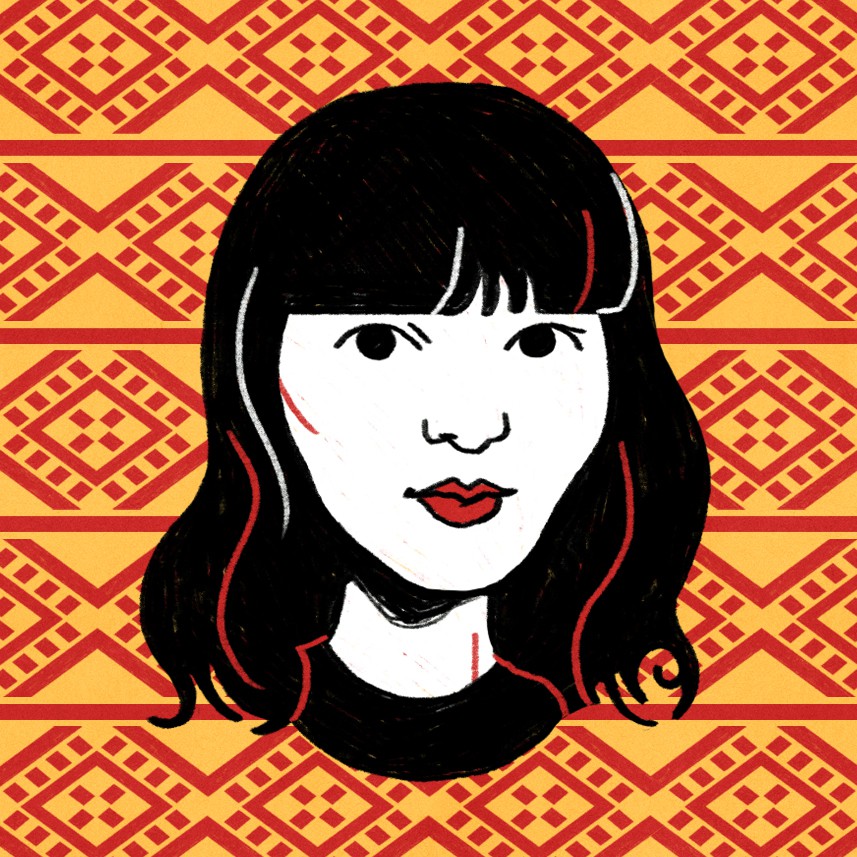 Sydney-based writer and academic Intan Paramaditha explores gender, sexuality and politics in her work and won the PEN Translates Award for her debut novel The Wandering. Her short-story collection Apple and Knifewas published by Harvill Secker in 2018.

The first book I fell in love with: “The first book that had a special meaning to me was Roald Dahl’s Tales of the Unexpected, a gift from my best friend when I was 15. She moved to the United States and sent me a copy because it was hard to find English-language books in Indonesia in the ’90s. The book marked our friendship and my first love of weird, dark stories.”

The author who influenced my writing: “I read Mary Shelley’s Frankensteinin college and it influenced my views on horror and feminism so much that I decided to write my undergraduate thesis on it. I am also influenced by Margaret Atwood, Anne Sexton, Toeti Heraty, Budi Darma, Shakespeare and Poe.”

The author (dead or alive) I’d most like to meet: “Mary Shelley. Perhaps we could have coffee – or tea – and talk about her ‘hideous progeny,’ monsters and motherhood, feminist mum, the year without a summer and the eruption of Tambora in the Dutch East Indies. Maybe a little bit about Percy, if she insists.” 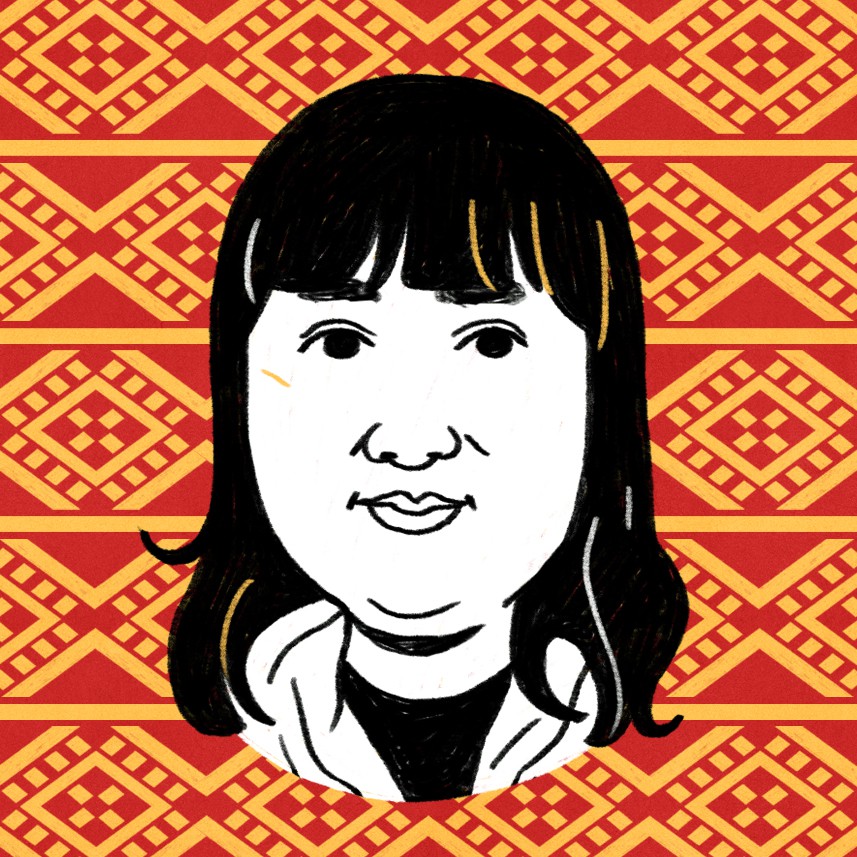 Leila S Chudori is an author, screenwriter and journalist whose debut novel, Pulang – about a group of Indonesian political exiles in Europe – won the Khatulistiwa Award for Best Prose in 2013.

The first book I fell in love with: “A Tale of Two Cities, when I was in primary school, using a translation in Bahasa Indonesia. Later, My Name Is Red by Orhan Pamuk and Friend of My Youth by Alice Munro.”

The author (dead or alive) I’d most like to meet: “Alice Munro and Orhan Pamuk.” 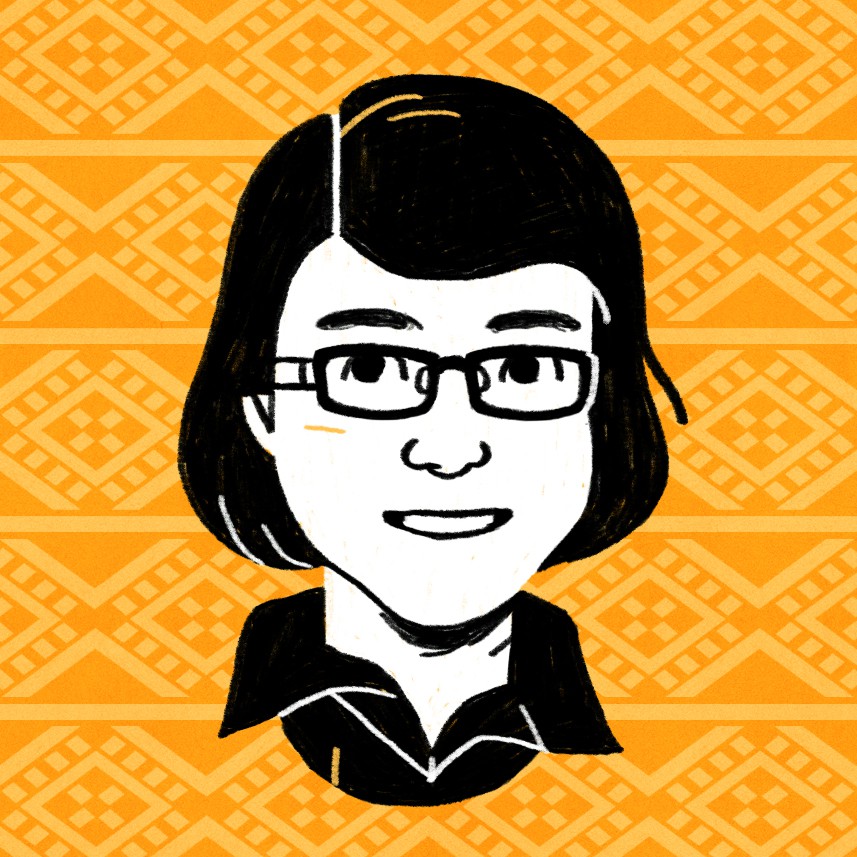 Clara Ng is a best-selling author who has written for both adults and children, and whose digital series Little Bo was recently published by Austrian publisher Little Lights Studio.

The first book I fell in love with: “The Famous Five: Five on a Treasure Islandwhen I was six years old. I was in the first grade and my mother gave me the book. She said I should start reading a more difficult book.”

The author who influenced my writing: “I read many books so I am not sure which was most influential.”

The author (dead or alive) I’d most like to meet: “I’d love to meet Lewis Carroll. Alice’s Adventures in Wonderland is one of my favourite books of all time. He is a master of logic. He wrote almost a dozen mathematic books. I adore thinkers.”

Here’s the announcement of the complete list of leading Indonesian writers, including Intan, who will take part in the Cultural Programme of The London Book Fair Market Focus.