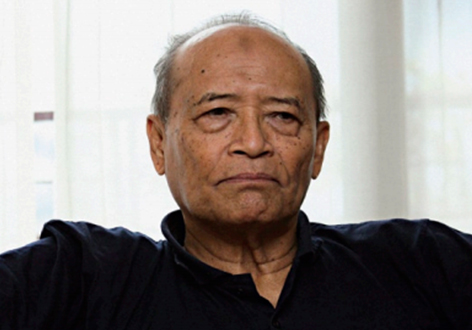 East and West Belong to God

H. Ahmad Syafi’i Ma’arif received his first Fulbright scholarship in 1972 to study history at Ohio University. Unfortunately, in the third semester of his master’s program, he was forced to return home because of the illness and subsequent death of his son. In 1976, at the age of 42, he returned to Athens, Ohio, to finish his master’s in history.

“Oh, it was very hard. I was only allowed to bring my wife and children if I received straight As. For someone as old as I was, it was torture; I was helter-skelter,” he recalled. He remembers scoring less than 500 on his TOEFL test. However, with a strong effort, he was able to improve his English and succeed.

This “country boy,” born in 1935 in Sumpurkudus, West Sumatra, received another scholarship for a doctoral program at the University of Chicago in 1993. Upon his return to Indonesia, his alma mater, the Yogyakarta Institute of Teacher Training and Education (IKIP), appointed him as a professor in 1996. In the ensuing years he was often called by the nickname “Buya Syafi’i and was widely regarded as a sincere and humble lecturer.

“Fulbright offered me an opportunity to go to America. Living in the United States opened my eyes and my heart, and taught me to think freely,” he said.

While in Athens Syafi’i, a member of Muhammadiyah since 1955, felt his beliefs were still fundamentalist. “However, after much exploration and debate,” he said, “I found that some of the views I used to admire had to be revised.”

In his opinion, Islam is practiced more in the United States than in Muslim-majority countries like Indonesia, his homeland. “The principle of egalitarianism runs deep in the United States. Each person is respected as a dignified individual. Americans like those with self-esteem.”

A cycling enthusiast, he used to ride his bicycle around the village almost every day, and, as a child of the Minangkabau, he also likes to cook. Lamb satay and soup are his favorite meals. In the United States he enjoyed cooking as well as washing the dishes afterwards.

When he was invited to give a briefing to President Bush in 2003 after the bombings of the World Trade Center in New York and at the Paddy Café in Kuta, Bali, he said. “When I met him, I argued with him, but he was happy to debate. The chat was initially scheduled for only 25 minutes, but it went on for 55 minutes. President Bush liked it that we dared to argue with him. I told him, America has everything; lots of money, nuclear bombs, fighter jets, aircraft carriers, all sorts of things. But unfortunately, America does not yet have global wisdom.”

And what is “global wisdom”? “It is the understanding and application of a principle of carefulness, an understanding that every nation has its own culture that must be taken into consideration,” he said. “Also, that Islam cannot be considered monolithic, where everyone is equally a terrorist,” he explained.

He thinks Fulbright can play a role by making it possible for more American intellectuals to come to Indonesia to learn about global understanding. At the same time, Fulbright can also help Indonesians to interact more with each other and understand their own diversity. Buya Syafi’i is of the opinion that while Indonesians are in America, their hearts are open to understanding the richness and beauty of their own backyard.

“Indonesia is a beautiful country. If Indonesians also have beautiful minds, they will be able to make greater contributions to the world. Scholarly exchange programs help Indonesians to become more civic-minded and more beautiful. The same is true for the American scholars who come here to study.”

“East and West belong to God. Islam teaches us to learn from everywhere,” said the winner of the Magsaysay Prize and the Habibie Award. Buya Syafi’i is respected for his sincerity in promoting harmony among nations and religions. He is grateful to have had the opportunity to go overseas for the first time to America.

This article appears from the book of Across the Archipelago, from Sea to Shining Sea Commemorating the 60/20 Anniversary of Fulbright and AMINEF (Page 78 – 80) published in 2012.