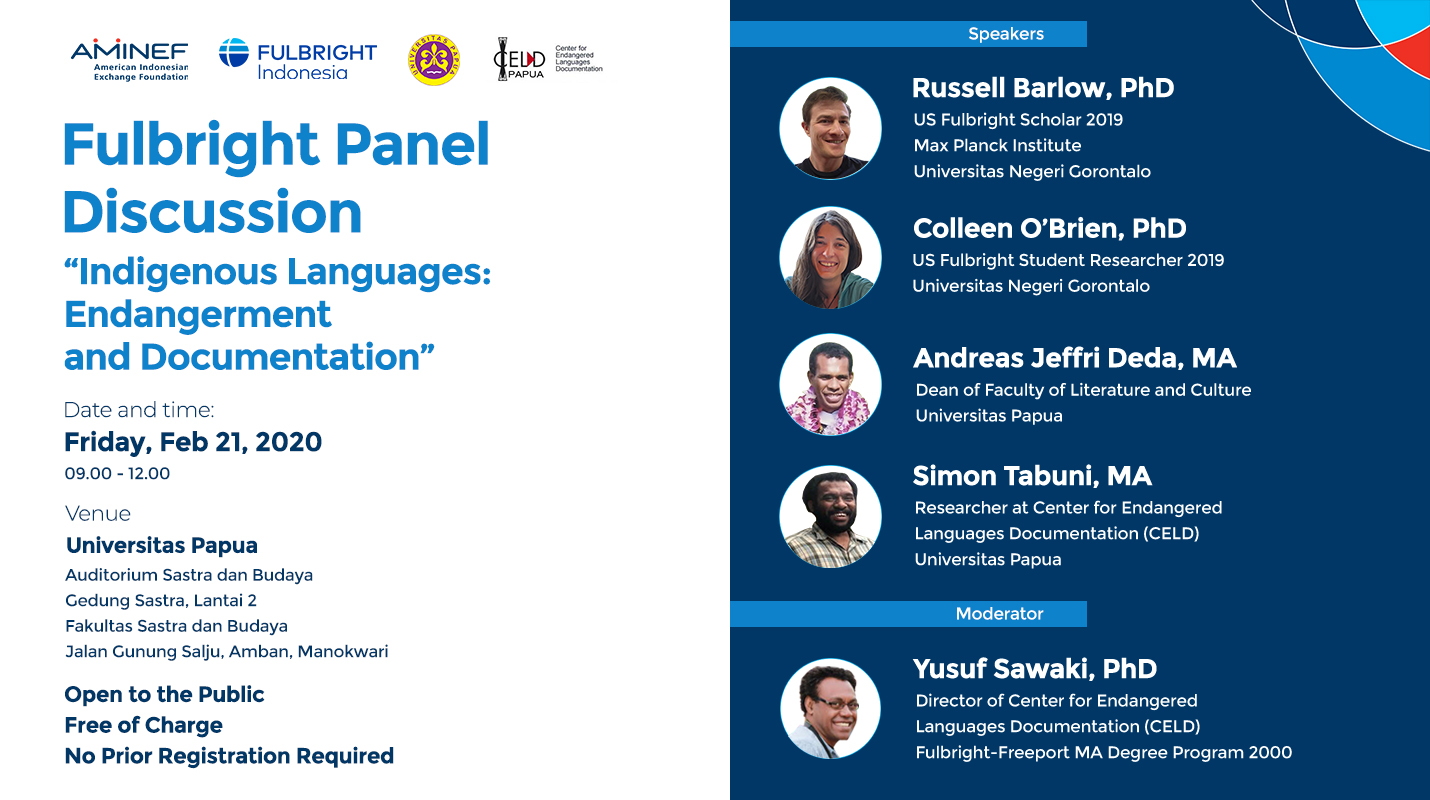 Dr. Russell Barlow, 2019 US Fulbright Scholar, will share the case studies of documenting the Ulwa language of East Sepik Province, Papua New Guinea and the Suwawa language of Gorontalo, Sulawesi, Indonesia. His talk will compare the patterns of endangerment found in these two neighboring countries and offer examples of language documentation.

Dr. Russell’s presentation will be followed by 2019 US Fulbright Student Dr. Colleen O’Brien, who will share her experience in documenting Kamsá, a language isolate spoken by about 500 people in southern Colombia to give another perspective. She also discusses some of the causes of language endangerment in general, and possible solutions for the future.

Mr. Simon Tabuni will share CELD Universitas Papua’s findings on the Kais language (kzm), one of eight languages spoken in the South Bird’s Head area of West Papua that is classified as less-documented or less known.

Before the presentation, Mr. Andreas Deda, the Dean of Literature and Culture, Universitas Papua will give an introduction and explaining the campus‘ roles in studying the local languages of Papua which according to Balai Bahasa Papua, there are 414 languages recorded in Papua and West Papua between 2008 and 2019.

This event will be moderated by Dr. Yusuf Sawaki, the Director of Centre for Endangered Languages Documentation (CELD), Faculty of Literature and Culture, Universitas Papua and a Fulbright alumnus (2000 Fulbright-Freeport MA Degree Program).

All Fulbright events are open to the public and free of charge.