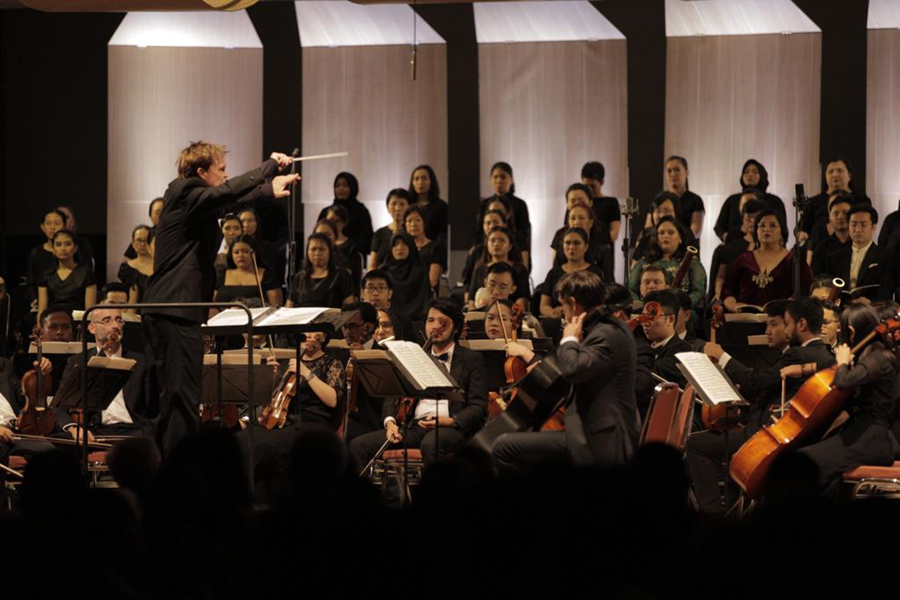 Robert Nordling, Conductor and the Music Director of the Baroque on Beaver Island Music Festival (Northern Michigan) and the Lake Forest Civic Orchestra (Chicago) and the Shoreline Music Society (Michigan), had the honor to receive a Fulbright Award as a Fulbright Specialist to Indonesia and implement a musical project with the Bandung Philharmonic, in Bandung, Indonesia.

The project had two broad areas of activity split into several more specific objectives. The first area addressed the broad field of an orchestral performance of Western orchestral music in Indonesia. It was carried out from November 21 to December 9, 2019.

The Bandung Philharmonic is the first fully professional orchestra in the city’s history. Its aim is to establish a community-supported, professionally operated and artistically excellent symphony orchestra in Bandung. While there are excellent players available in Bandung and nearby Jakarta, the other aspects of running a professional arts organization are still largely in development. Thus, in addition to his work rehearsing and performing with the orchestra, he also consulted with stage and logistics managers responsible for the performing environment, personnel manager responsible for hiring and paying players, Board leadership, operations leadership and even the attending audience at the concert.

In selecting their large-scale work, Beethoven Symphony 9, for the orchestral performance, he and Bandung Philharmonic moved the orchestra into a new phase of its artistic development.

“It required players prepared individually much more thoroughly than they had previously done. It also stretched their technical abilities to their limit – and even forced them to improve in order to successfully play the work”, Robert said.

He also took time during the concert to address the audience directly. Giving them some specific things to listen for and providing a (brief) historical context for the work helped them to listen more actively as participants, rather than passive observers. He found these audiences to be enthusiastic and very supportive when they were actively included as listeners in the process of making music. 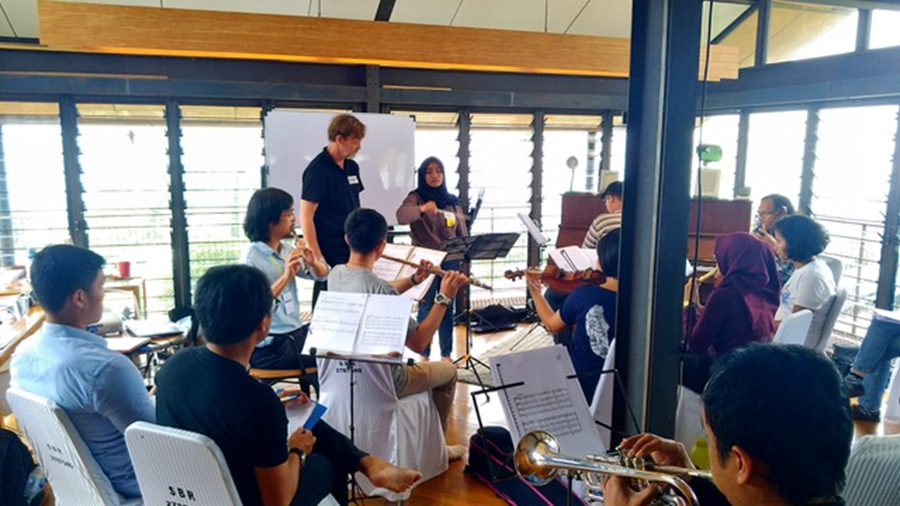 The second broad area addressed was the work with Indonesian conductors. They held a 3-day Conducting Camp designed to provide a basic foundation at a university level for the art of conducting. It was a very successful workshop with 21 in attendance.

Robert Nordling is a Fulbright Specialist, November 22 to December 9, 2019