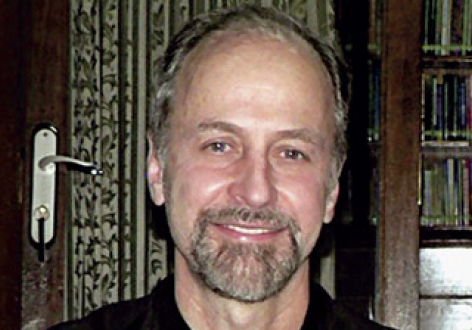 Habits of the Heart

The Fulbright fellowship was absolutely decisive for shaping my career interests and my understanding of religion in the modern world. In the late 1970s I went to East Java as a doctoral student to look at a little Hindu-Javanese enclave and the Muslim majority adjacent to it, all in an effort to understand the nature of Islam in Java and religious change in Indonesia as a whole. By the time I came back in 1985 for my second extended period of field research, I realized that I wanted to dedicate my career to the study of Muslim culture and Islamic history from the perspective of people living in societies where there are varied ways of professing Islam. This became a theme that I have pursued to this day, not just in Indonesia but across the Muslim world. The research from those two Fulbright experiences left me with a whole array of questions with which I have continued to grapple for more than 30 years.

When I first arrived in Indonesia I was amazed at the vibrancy. On one level I don’t think my training had prepared me for how rapidly Indonesia was changing back then. At the time, anthropology and Indonesian studies were a little backward looking and hadn’t quite caught the wave of change that was sweeping across Indonesia. In some of the ethnographic and historical writings on Indonesia one gets the impression that it was a quiet, sleepy place. But of course the Indonesia of the 1970s and 1980s wasn’t quiet at all; it was bustling and dynamic. I was especially surprised by the curiosity and enthusiasm for learning I encountered among young people in university

Many of my earliest personal friendships, however, were with ordinary Indonesian villagers. In a small village in the Tengger mountains I became a close friend of a HinduJavanese priest who was also a farmer. He was a kind and gentle man of great wisdom. His way of being Javanese and religious has served as a point of reference for my own reflections on faith and modern engagement to this day. When in the early 1990s I began doing research on Muslim intellectuals in Jakarta, Nurcholish Madjid became a friend as well as a source of inspiration, as did Dawam Rahardjo, the great Muhammadiyah intellectual. In the late 1990s I got to know Azyumardi Azra of the Syarif Hidayatullah State Islamic University in Jakarta. Even as I travel to Islamic universities in other countries, Pak Azra and his university remind me of the exceptional quality of Islamic education in Indonesia.

Fieldwork is deeply personal, and, yes, my research experience in Indonesia changed me personally. My mother and my father are very polite Midwestern people, so in many ways it was easy for me to appreciate the Indonesian tradition of sopan santun politeness. But I came to understand sopan santun as more than just politeness. It’s a cultural heritage that teaches people to negotiate diversity and deal with each other in a respectful way. This style of polite sociability is part of the cultural wisdom of Indonesia; learning its expressions and rhythms changed me forever.

Notwithstanding the challenges that Indonesia has faced over the years, I think it remains a hopeful society. Indeed, over the next 20 years, I think Indonesia is destined to win international recognition as one of the most unique and culturally vital countries of our age. Indonesia has long had to grapple with the problem of how people coexist happily in a complex society, and Indonesians developed some habits of the heart, to use an expression from Alexis de Tocqueville, that serve them quite well for dealing with difference. Living in deep religious differences is not something that comes naturally anywhere, and yet I think Indonesians have been doing it for a long time. Westerners too have to learn habits of the heart for dealing with significant religious and cultural difference.

This article appears from the book of Across the Archipelago, from Sea to Shining Sea Commemorating the 60/20 Anniversary of Fulbright and AMINEF (Page 180– 182) published in 2012.