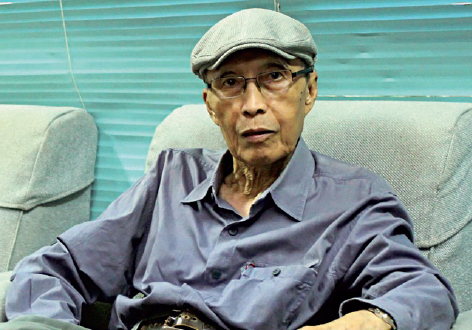 Free From the Desire to Conform

In 2003, one of the Fulbright alumni won the Achmad Bakrie Award for his services in developing Indonesian poetry. He is the poet Sapardi Djoko Damono. Born in Surakarta in 1940, he is also a lecturer and has served as the dean of the Faculty of Humanities at the University of Indonesia.“I received a scholarship to study at the University of Hawaii in a non-degree program in 1970 – 1971. At that time, there was a program that sent our lecturers to the United States to develop two courses that were expected to be compulsory subjects at the university, namely basic social sciences and basic humanities,” said this lover of William Saroyan short stories.

“I received a scholarship to study at the University of Hawaii in a non-degree program in 1970 – 1971. At that time, there was a program that sent our lecturers to the United States to develop two courses that were expected to be compulsory subjects at the university, namely basic social sciences and basic humanities,” said this lover of William Saroyan short stories.

Sapardi recalled that there were about 20 lecturers who were sent to the United States. “Our job was actually to prepare the courses and not primarily to study. Even so, there were some colleagues who were sent to the University of California at Berkeley for basic social sciences who managed to get a master’s degree. Among them were Gondomono, Juwono Sudarsono, Kamanto Soenarto, Basoeki Soehardi, and James Danandjaja.”

“In Honolulu, we took several courses. We were free to choose whatever we liked, and that was when I experienced something new. There were courses that were created together by the students and the lecturers. From these few courses and interactions with students from various countries, I received a completely new experience on how best to conduct higher education,” he said.

Sapardi was impressed, because, “What entered into my mind and consciousness is that higher education is free from the desire for conformity, and there is no intention to standardize it either in terms of structure or curriculum. At that time we were also given the opportunity to tour the American mainland to visit some leading universities.”

The freedom not to standardize or conform with others is characteristic of the poet Sapardi Djoko Damono. His poems are lyrical and do not follow traditional patterns of writing that prioritize the verse form, rhythm, and rhyme. That is what makes Sapardi valuable in the revitalization of Indonesian poetry.

“A relationship between Indonesia and a superpower like the United States is very important and should be maintained. The relationship will provide options that can be very valuable for us in managing a variety of cultural, social, and political issues. We should not feel oppressed by anyone, but rather should be ready to take everything that is beneficial to us – as long as we do not just accept without the intelligence and courage to choose. This can only happen if the exchange of intellectuals takes place as it should.”

Although Sapardi did not study a long time in America, quite a lot of his writings, both poetry and short stories, were inspired from his time there. One of his acclaimed poems is about a pair of shoes he bought in Chinatown in San Francisco. He thought that the shoes would be as strong as those made in Cibaduyut, which when loved can be worn for decades.

A scholar of the poetry of the American-English poet T.S. Eliot, he is known as an artist and an intellectual. With regard to student exchange programs, Sapardi suggests that they could be expanded. “It would be preferable for us to examine and learn everything related to that which we cannot get here. Likewise, it would be good for American students to learn about everything that it is not possible to discover in their country.”

This article appears from the book of Across the Archipelago, from Sea to Shining Sea Commemorating the 60/20 Anniversary of Fulbright and AMINEF (Page 186– 188) published in 2012.