‘Hobbit’ human story gets a twist, thanks to thousands of rat bones

Paige Madison is 2018 Fulbright US Student Researcher whose research project “Homo floresiensis and the History of Anthropology in Indonesia” explores the rich history of fossil discovery in Indonesia.

This article originally appeared in www.nationalgeographic.com on March 12, 2019 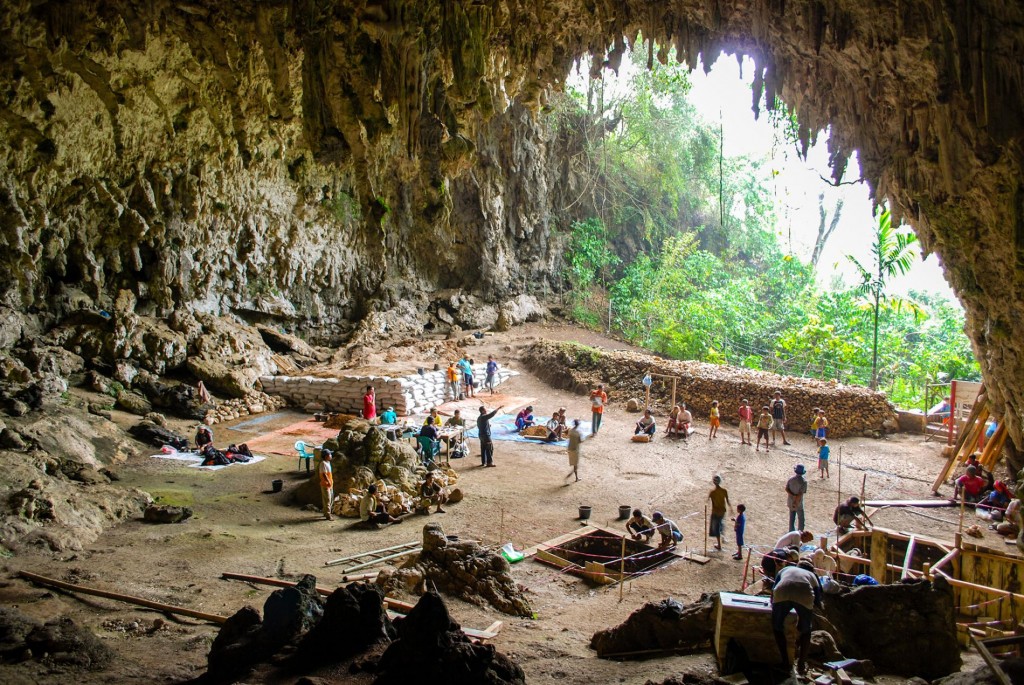 Archaeologists excavate in Liang Bua, a limestone cave on the Indonesian island of Flores where the mysterious Homo floresiensis fossils were found.
COURTESY LIANG BUA TEAM

An abundance of rodent remains adds new clues to the fate of the tiny human relative Homo floresiensis on the Indonesian island of Flores.

The limestone cave of Liang Bua, on the Indonesian island of Flores, is widely known as the hobbit cave, the site where the surprisingly tiny and enormously controversial extinct human relative Homo floresiensis was discovered. But to the scientists who excavate there, the site is known as something else entirely: the rat cave.

“The first time I went to the excavations at Liang Bua, I remember watching the bones coming out of the ground and being amazed at how it was almost all rat,” recalls Matthew Tocheri, the Canada Research Chair in Human Origins at Lakehead University

Learn about the more than 20 early human species that belong in our family tree, and how the natural selection of certain physical and behavioral traits defined what it means to be human.

Now, Tocheri and an international team of scientists have examined the rat bones and found evidence for major shifts in their past populations—including one around 60,000 years ago, when hobbit remains started vanishing from the cave.

“Sixty-thousand years ago is precisely when the hobbits’ presence began to decline, before disappearing from the site altogether,” says Wahyu Saptomo, head of conservation and archeometry at the Indonesian National Research Centre for Archaeology.

That means the discovery, which is being reported in the Journal of Human Evolution, not only paints a previously unknown picture of the paleoecology around Liang Bua, it also could help answer some of the biggest lingering questions concerning what happened to the hobbits.

When H. floresiensis burst onto the paleoanthropological scene in 2003, its small brain and strange, primitive traits sparked debates about where it fit within the human family tree. As scientists hunted for clues to this mystery, the hobbit’s environment began to come into focus, with digs at the site revealing a cast of prehistoric characters almost as bizarre as the hobbit itself, from giant storks to cow-sized elephant relatives and ancient komodo dragons. 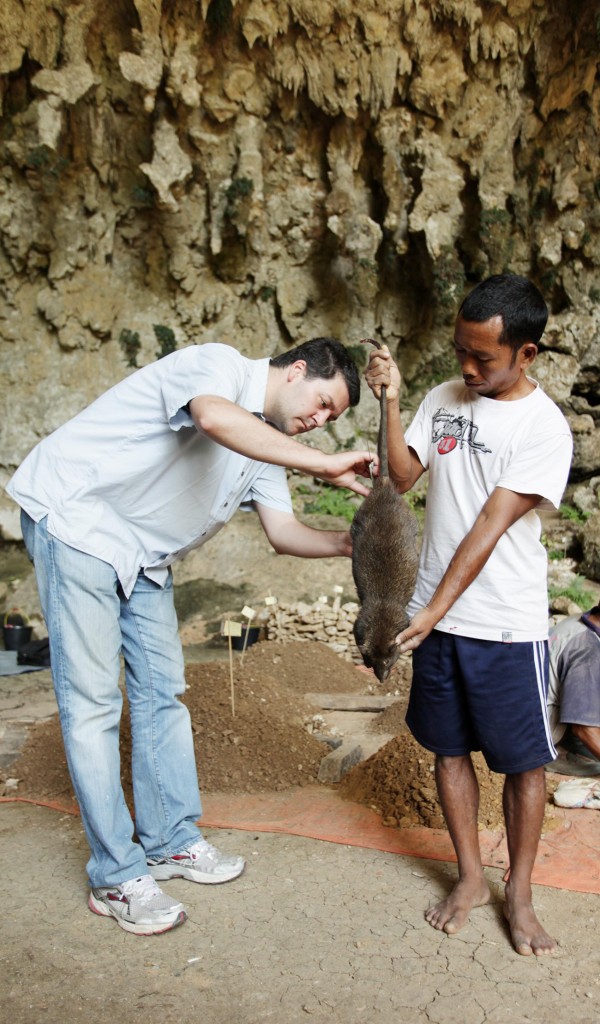 Yet, the most plentiful creatures found beneath the surface of the cave floor by far are rats, which make up 80 percent of the identifiable bones at the site.

The rats of Flores aren’t your average rodents; this is as true today as it was when H. floresiensis roamed the landscape. One of the rat species alive today is as large as a small dog, and while this giant rat usually garners the spotlight, it is only one of many species preserved at Liang Bua, each one varying in size, behavior, and food preference.

Of all the species on Earth, “rodents are the most diverse group of mammals,” remarks study leader Elizabeth Veatch, a graduate student at Emory University who is affectionately known by the research team as Miss Tikus (Indonesian for “rat lady”). And in paleoanthropology sites, these variations can convey information about the local ecology and environment through time.

Rats are exceptionally useful for painting the picture of prehistoric life at Liang Bua because their bones appear continuously in the cave sequence. While hobbits, stegodons, and others come and go, the rats persist throughout the roughly 190,000-year stretch preserved under the cave floor. 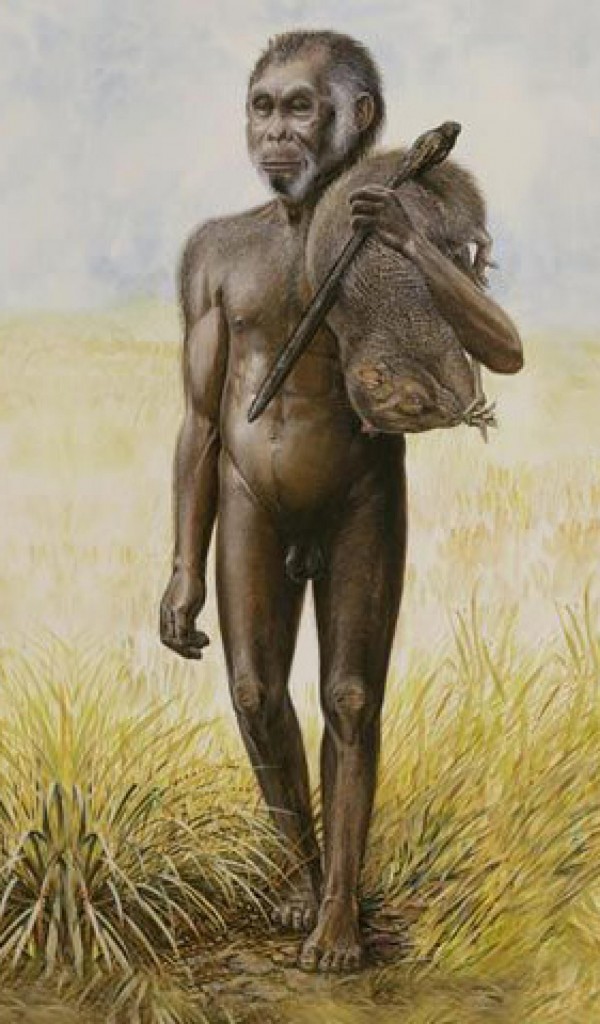 An illustration shows an H. floresinsis male carrying a giant rat over his shoulder.
ILLUSTRATION BY PETER SCHOUTEN

“Homo floresiensis and modern humans are simply occasional guests that check in and check out for limited stays,” Tocheri points out. (Find out more about the hunt for hobbit DNA.)

Using the rats’ diversity and temporal persistence, and with partial funding from the National Geographic Society, Veatch and Tocheri measured more than 12,000 rat bones, grouped them in size classes, and tracked the relative abundances of each class throughout the stratigraphic sequence. That’s when a striking signal emerged: Medium-size rats that prefer more open habitats dominated the site until about 60,000 years ago, when the bones give way to smaller, more forest-adapted rats.

This shift, the team hypothesizes, reflects a change in the environment surrounding the cave with “more open habitats giving way to more closed ones,” says Jatmiko, a study coauthor and researcher at the Indonesian National Research Centre for Archaeology.

This ecological shift doesn’t just effect only the hobbits, the team suggests: “H. floresiensis wasn’t alone in this departure—the remaining large species followed suit. By 50,000 years ago, all traces of hobbit, stegodon, vulture, stork, and komodo dragon were gone from the cave,” Saptomo says. 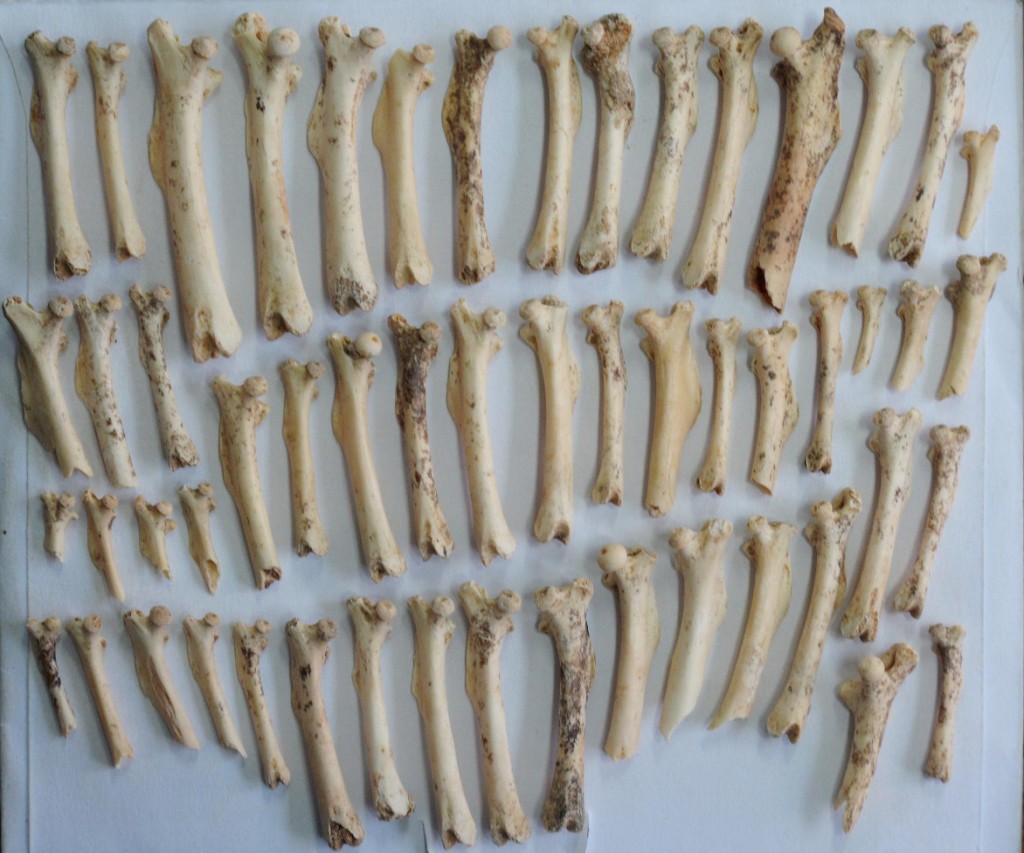 Excavations at Liang Bua turned up this assortment of thigh bones from small and medium-size rats.
COURTESY THE LIANG BUA TEAM

Previously, scientists hypothesized that the large fauna on Flores went extinct. “The signal from the rats, however, suggests H. floresiensis’ departure from Liang Bua may simply be because they—and the others—left in search of more open environments,” Veatch says. (On the neighboring island of Sulawesi, scientists also found stone tools that may have belonged to a hobbit relative.)

In essence, the hobbits and their giant animal neighbors didn’t necessarily die out at that time, but may have moved on to more hospitable parts of the island, says coauthor Thomas Sutikna of Wollongong University.

“There is the possibility that some of them still survive after that time somewhere on Flores,” he says.

The team’s analysis is “elegant and careful,” says Bernard Wood, director of the Center for the Advanced Study of Human Paleobiology at George Washington University, who adds that it showcases the need to take many possible interpretations of a given fossil record into account. “This study is yet another example of the folly of equating the end of the fossil record of a taxon at a local site, or sites, with its extinction across a much larger region,” he says. 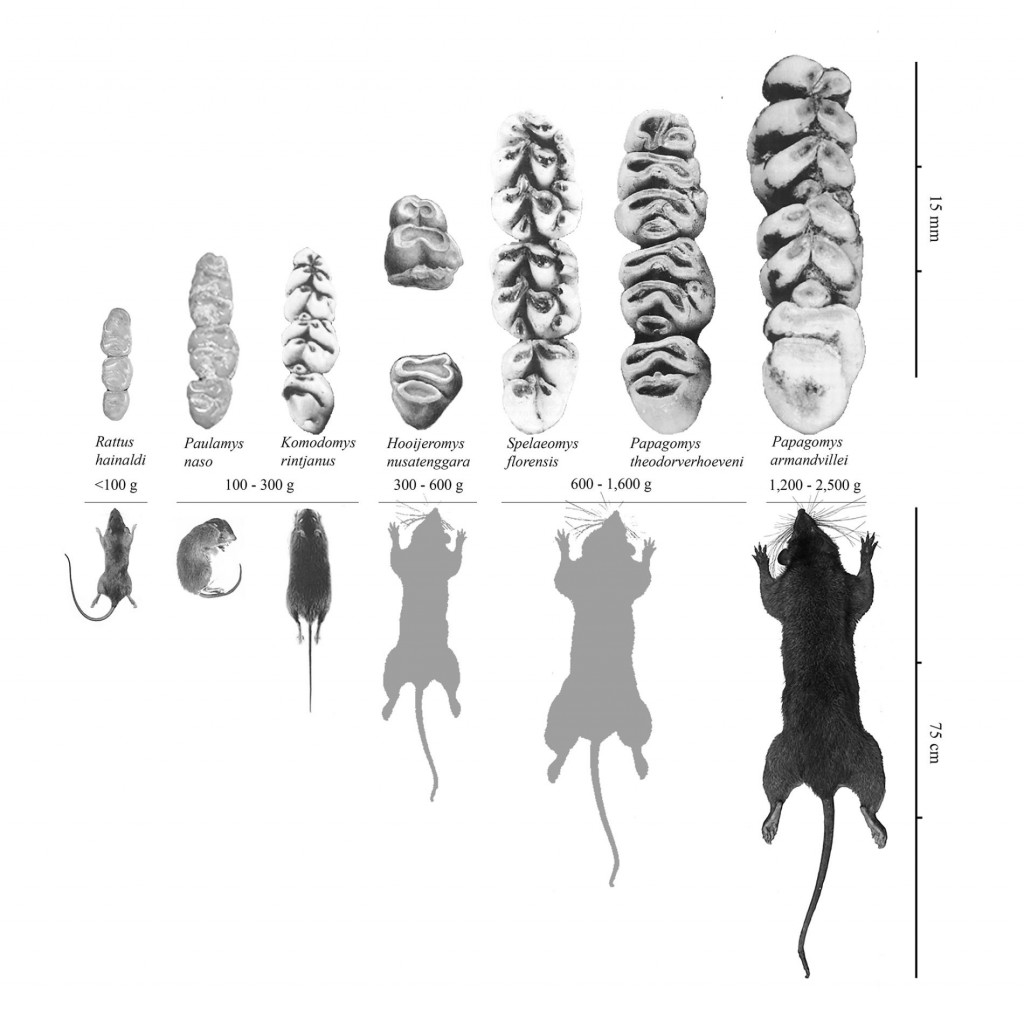 For instance, the results could mean that the hobbit species lingered into the more recent past—and may have even come into contact with our ancient ancestors. Modern humans (Homo sapiens) appear to have arrived on the island by about 46,000 years ago, and a possible extension of the hobbits’ presence on Flores suggests that they might have encountered modern humans elsewhere on the island.

Resolving such questions will require additional discoveries—in this case, at Liang Bua and elsewhere on Flores. If scientists are fortunate, they will find more caves and sites containing the bones of H. floresiensis. And if they are even luckier, they will also uncover lots and lots of rat bones to help flesh out what exactly happened in the last days of this lost human relative.