This seminar is being held in conjunction with the pre-departure orientation (PDO) for Indonesians awarded Fulbright grants who are about to depart for the United States­—for MA or PhD programs, as senior scholars carrying out research projects, or as Hubert H. Humphrey Fellows. Also present for the PDO are Americans currently in Indonesia as Fulbright.. Read More. 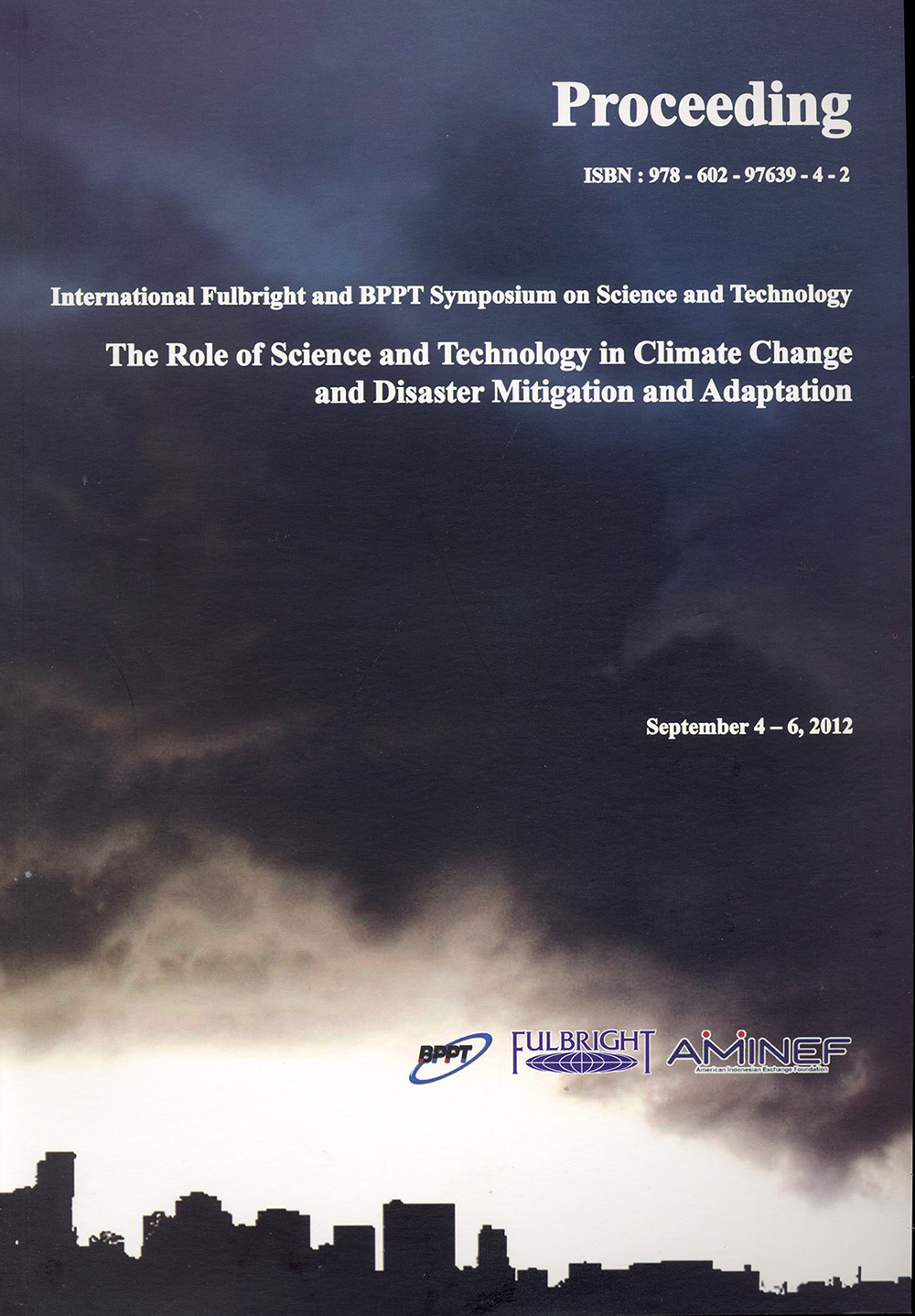 Proceeding of the International Fulbright Symposium on Science and Technology on “The Role of Science and Technology in Climate Change and Natural Disaster Mitigation and Adaptation” was recently released for disbribution to universities having relevant study programs in Indonesia.  It was published by Geo-system Technologyand Hazar Mitigation Laboratory (Geostech) of  the Republic of Indonesia Agency.. Read More. 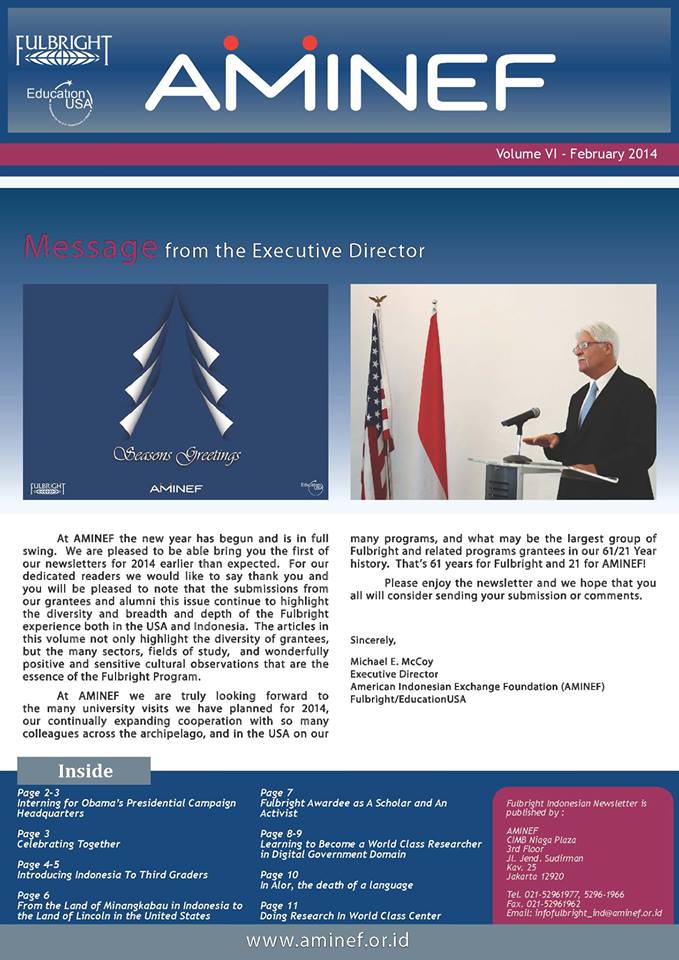